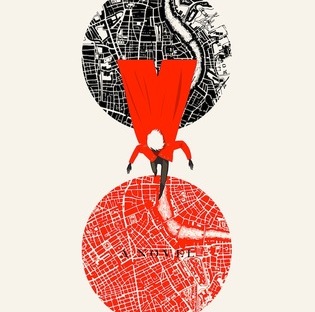 The beginning of this book was slow for me, but I enjoyed this book! It might have been slow do to the fact I was zoned into another book I was reading alongside this one. But once I got into this book, I could not put it down. The pacing was right. The world-building was magnificent, and I cannot wait to read the next book in this series.

The main character Kell of red London is someone who wants more out of life. He is not only an “adopted son/brother” of the royal family, but he is also a smuggler, and an Antari. Antaris are a race of people whose magic is in their blood. They are a dying bread and Kell is one of two. They are the only people who can go through the “doors” to other Londons. Kell is a well rounded and memorable character. He is not my favorite character, but I like him. His flaws are understandable and as much as he wants to stop smuggling and collecting goods, he can not help it. What I loved, was you can see and hear the struggle he goes through with this black stone from Black London he is desperately wanting to get rid of and make things right.

Delilah “Lila” Bard is my favorite character in this book. I love her attitude, sense of adventure, and not so much code of honor she has. Like Kell, Lila wants more out of life. She is a collector in a “certain point of view”. She is from Grey London. She is a thief, a pickpocket. She steals to save money for a ship or her debts as she hates to owe people. Her adventure she dreams of is from sea. I love how both Kell and Lila are drawn towards each other. They do not know why and question it, but because of this they can sense each other. Lila helps Kell through his struggle with the black stone, and he helps her. Lila, because of her years on the street, can make herself blend in and go unnoticed, which has helped with their adventure. She demands to go with Kell to the other Londons to destroy the black stone, even with the warning from Kell that she may not make it through.

There are a few other prominent characters in this story. All of which are well rounded. Rhy is a Prince, who is loved by his people, but wants Strength more than intelligence. Holland of White London is the second Antari. Like Kell, he can go through the doors to the different Londons. Last, you have the Royal Twins of White London. They are what White London stands for, nothing but bloodshed and power.

I was confused a bit about the different Londons until Kell tried to explain it to Lila. It is a neat idea. It is like having multiple universes that are closed off from one another. Each universe differs from one another, even cities and countries. The only thing that is the same (as far as I know and what Kell has said) London is the only thing that is the same city even though they are different. One is starving for magic (White London), one was destroyed by magic (Black London), one is flourishing with magic (Red London), and the last one has no idea magic even exist (Grey London). They all have their own languages and only the privileged could speak English. Lila being from Grey London was thrown off by this language barrier in Red London. But it did not stop her.

I recommend this book to anyone who loves magic and old-world feel. This book is rich in both and they balance each other well.

😂 at least she tried 😂 #tuesday #tuesdayvibes #tuesdayfunny #funnyvideos #funnymemes #laugh #laughoutloud #peanutshalloween #charliebrown
It would be fun! And Christmas too! #disney #disneyhalloween #disneyland #disneyworld #halloween #halloweendecor
What are you reading!? #sundayfunday #readingsunday #whatareyoureading #sundayread #Areyoureading
Don't forget it! #sunday #sundayvibes #sundaymessage #SundayMotivation #motivation #motivational #motivationquotes #youarebeautiful #youareabeautifulsoul #beautifulsoul
ABC’s Once Upon a Time was and still is one of my favorite shows. When I heard about the tie-in books coming out, I could not wait to read them. The first one I read in this series was Red’s Untold Tale, written by the same author. I enjoyed it so much; I snagged this one as soon as it came out. With both Red and Regina being my top favorite characters (why did we not get a Zelena tie-in? Hello ABC! Another favorite character), I was skeptical. This book did not disappoint. I have been wanting to read this book for a while, but got distracted by other shiny books lol You can read the rest on my website 🙂 https://charliadamswriter.com/ #bookstagram #booknerd #booklover #bookreview #bookreviewer #bookrecommendation #bookscatsteapowerof3 #fantasy #romance #friendship #magic #onceuponatime #evilqueen #evilqueenregina #disneyonceuponatime #oncers #oncerforlife #oncer #oncersforever #evilregals #evilregal #evilregalfamily #reginamills #coramills #abconceuponatime #ReginaRising #WendyToliver
Do you what kind of life you want? Can you say no to everything else? #saturday #SaturdayVibe #saturdaymood #SaturdayMotivation #motivation #motivational #motivationquotes