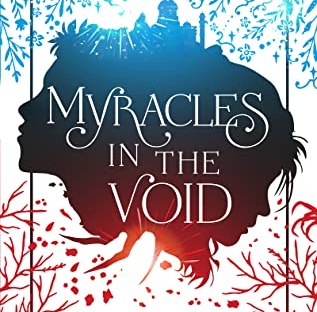 This story took me a while to get into. The beginning was slow, and at some points, there was some repetitiveness. But mostly, this was an amazing story. Once the story kicked off, the pacing matched. There were intriguing ideas, and that kept my interest.

Gaiel (Gai) is the older brother of Lynd. With this character, I am not sure how I feel about him. I think he is supposed to be around fifteen, but his personality does not match his age. Whenever his character chapter comes, I keep forgetting he was supposed to be an older teenager. He seems to trust or just accept things as they are with no explanation or with what little he was told. I am aware there are people out there that are like this, but it felt off in this story and maybe that was the point. I do not want to say he is a flat character. Gai had the type of character development that was not as drastic, and this worked for him.

Out of the two main characters, Lynd was probably my favorite. Unlike Gai, her personality matched her age, which was around thirteen, I think. Like Gai, she took things as they were, but her trust was a little sketchier. This was what I would think Gai should have been like. Lynd had an amazing character development. She had to overcome many obstacles and her main one was one of my favorite parts of the story.

The world building is amazing in this book. As a reader, you can close your eyes and clearly see what the author is trying to describe. The explanation of the magic being used was not overly confusing and defiantly a different take. The difference between the continents was very clear. In one location, there were multiple levels of society that were well established.

There are some issues I had with this story. Hop’s accent was hard to understand and took a while to get into the groove. There is an incident (the twist I supposed) I had a hard time understanding. I think the author explained it, but it must have gone over my head.

Overall, this was a good story. I would defiantly recommend this to those who like to read fantasy, coming of age, magic, and amazing world building.

*I received an ARC from Book Sirens, and this is my honest opinion.

Fellow writers, check-in. Let’s be here for one another.
That’s me on the bottom 😂 I am not a morning person especially if I had a rough night sleep.
Happy Cover Reveal Day to @authorlilymiller!
😂 and this is why I hand write ✍️ I don’t get as distracted…… that’s when I type them up 😂 #writersofinstagram #writerscommunity #writer #writerslife #writers #writersofig #writersnetwork #writerlife #writercommunity #imawriter #iamawriter #distraction #distractions #distractiontactics #distractionsandinspirations #writerproblems #writerproblems101 #writingproblems #writingproblemsofinstagram
😂 this is so how I feel! I mean we are out of the 100s but I still want my 70s and below 😂 #Fall2022 #fall #fallvibes #autumn #autumnvibes #autumn2022 #autumnvibes🍁 #fallseason #fallseason2022 #fallseason🍁 #fallseasons #fallseasonishere #FallSeasonIscoming #fallseason🍂🍁 #autumnseason #autumnseason🍂🍁 #autumnseasons #autumnseason🍁 #autumnseason2022
🙂 What are you currently reading 📖? Are you reading more than one book 📚? Let's see 👀👀 some titles 🙂 #bookreader #bookreaders #reader #readers #readerlife #readersofig #read #reading #books #book #bookrecommendations #booktitle #booktitles